A low-cost revolution in refreshable braille

After five years of research, Transforming Braille Group unveils affordable refreshable braille display for use in developing countries and libraries. 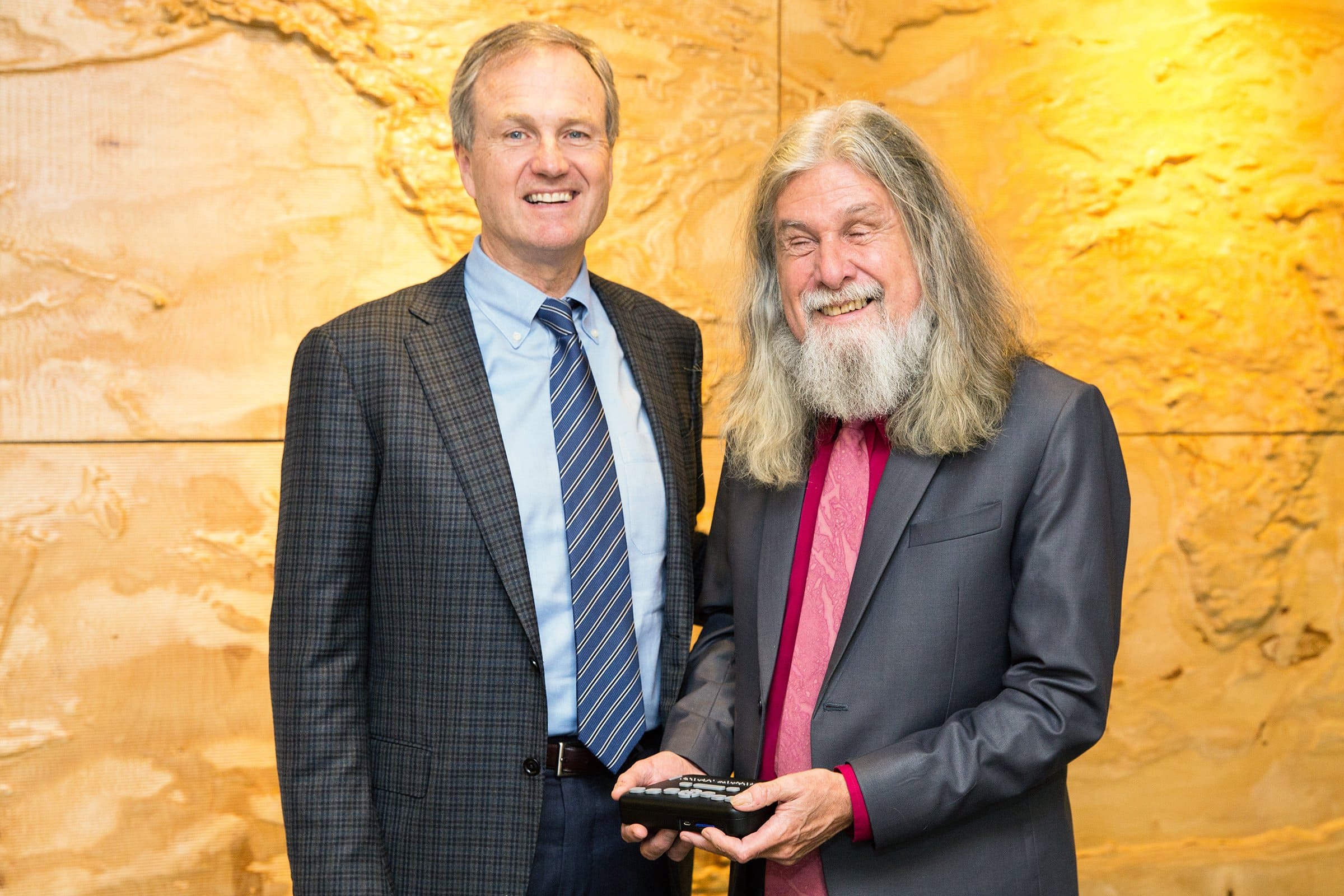 In 2011, Kevin Carey made an announcement that shocked the audience at the Braille 21 Conference in Leipzig, Germany.

“I got up and said the Royal National Institute of Blind People (RNIB), the organization I’m the president of, would lead a global effort to cut the price of refreshable braille displays by 90 percent,” he recalled. “It was kind of a big deal to say that. Most people thought I was mad.”

Five years later, Carey has succeeded in his mission with support from blindness organizations like Perkins School for the Blind. On March 23, he unveiled a new 20-cell refreshable braille display at the CSUN Conference in San Diego.

The groundbreaking device has the potential to be manufactured for around $320, making it a significantly less expensive alternative to refreshable braille devices that are currently on the market, many of which carry price tags between $1,300 and $5,000 or more.

“The reality is that many people around the world today cannot afford a refreshable braille display,” said Perkins Solutions Vice President Bill Oates. “By making this technology affordable, we’re opening up access to millions of braille readers worldwide and giving them an opportunity to gain literacy skills and the independence that comes with that.”

Perkins has long supported making refreshable braille technology available globally at an affordable price, and contributed funds for the development of the new device. Perkins is one of nine managing members of Carey’s Transforming Braille Group.

Carey’s new display, manufactured by Orbit Research and expected to be available for sale this autumn, is a simplified version of the complex braille notetakers used by many students at Perkins and other schools for the blind. Intended primarily as a reading device, it also includes a simple keyboard for text entry and navigation. Users with mobile phones can connect to it with built-in Bluetooth technology.

The device is aimed mainly at students living in poorer countries where access to technology and printed braille is limited or nonexistent. An affordable refreshable display could bring braille into the most remote classrooms, helping students learn to read and write more effectively, Carey said.

“Current blind children in sub-Saharan Africa have access to speech synthesis through fairly cheap mobile phones,” he said, “but their literacy level (isn’t) high enough because they (aren’t) feeling text under their fingertips.”

“We wanted this device to save libraries all over the world from sending out huge amounts of hard-copy braille,” Carey said. “If you look at the United Kingdom, RNIB is spending massive amounts of money every year on (braille) paper.”

Perkins has been actively involved in testing the device throughout its development. In February, the Perkins Library hosted a testing session for the device, inviting staff and library patrons to give feedback on the display while it was still in the prototype phase.

For several hours, the group discussed everything from the weight of the display to the noise produced by the mechanical pins. Although not meant to compete with high-end displays, the device held its own among experienced technology users like Perkins Library Director Kim Charlson.

“The refresh rate is better than I ever thought it would be,” Charlson said. “For a low-cost display, to see this quality of braille is astonishing.”

“I’ve been using braille displays since 1982, and this is terrific,” he said. “It’s durable, it’s crisp, it seems reasonably responsive – I’m happy.”