A century of horticulture skills

Perkins students have learned vocational skills, as well as sensory exploration, through horticulture for more than a century. 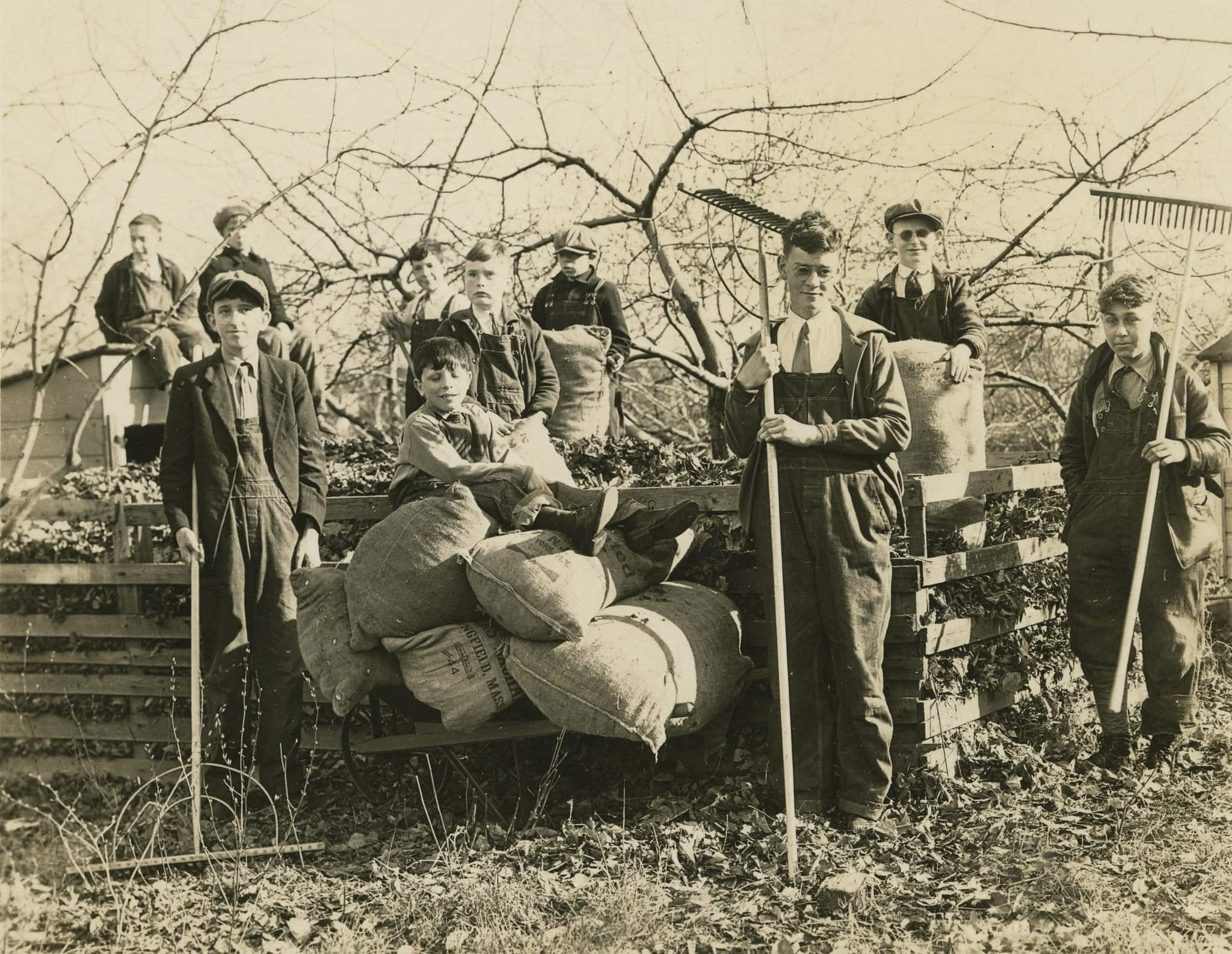 For more than 100 years, horticulture has offered a unique, hands-on opportunity for Perkins School for the Blind students to gain meaningful skills and use their various senses.

It started with Perkins’ big move from South Boston to Watertown, Massachusetts, on the banks of the Charles River. School Director Edward Allen realized the growing student population needed an expanded campus. So in 1912, Perkins settled on 38 acres carved from the estate of whaling and sugar merchant Josiah Stickney, which came with an orchard and farmland.

The move allowed for an expanded curriculum that included planting crops and raising animals. At the time, students learned basic gardening skills by tending orchards and gardens that provided fruits and vegetables. In 1934, profits from the poultry business maintained by Perkins’ Lower School boys defrayed the costs of an airplane ride organized as part of a year-long transportation study. Horticulture therapy was later introduced as a part-time pilot program and expanded to a full-time program when Perkins hired its first horticultural therapist in 1980.

In 2003, the 5,000-square-foot Thomas and Bessie Pappas Horticulture Center, featuring a greenhouse, classroom space and outdoor garden, opened its doors. Today, students of all ages and abilities participate in innovative plant-oriented programs at the center. Plants are chosen to emphasize a variety of colors, tastes, scents, textures and sounds to achieve as meaningful a sensory experience as possible.

Perkins’ Horticulture Center offers a variety of learning opportunities. More than half of the school’s residential and day students participate in activities there. Some programs, like bud vase arranging and a weekly Farmer’s Market, reinforce vocational skills. Others, like horticulture therapy sessions in the center’s greenhouse, allow students with visual impairments to engage in tactile exploration of the natural world in a safe and nurturing environment. In keeping with Perkins’ ongoing commitment to transition, many students go on to use their newfound horticulture skills in off campus work.