Eric Ferreira is grateful for the services his son has received from Perkins School for the Blind for the last 9 years. 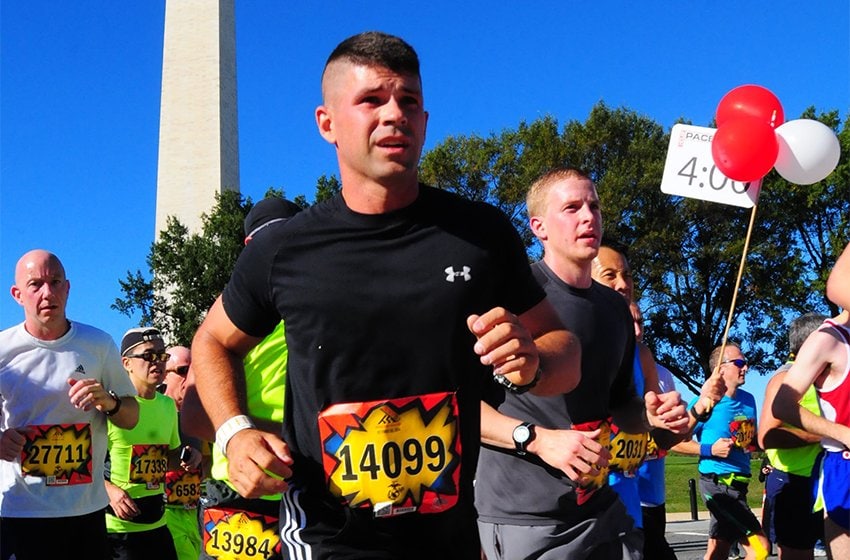 “Eric receives the best possible education from the school and staff,” said his father. “Now, I want to be able to serve the school and community that has done so much for our family. I would like to do my part to say thank you.”

Ferreira is one of three members of the Perkins Marathon Team. In addition to tackling the 26.2 hilly miles from Hopkinton to Boston, Team Perkins has set a goal of raising $25,000 for children and young adults who are blind. Ferreira has personally pledged to raise $7,500.

For the Ferreira family, Perkins is much more than just a school. At the same time a TVI began working with young Eric at home, Ferreira and his wife joined a Perkins-sponsored parents’ support group to learn how to navigate their world as the parents of a child who is blind.

At age 3, Eric started attending the Early Learning Center at Perkins’ Watertown campus and learned how to use sign language – “a skill that would improve his life greatly as he slowly lost the ability to verbally communicate,” Ferreira said.

Today, Eric is thriving at Perkins, Ferreira said: “His most cheerful and proudest moments are spent doing his happy dance and navigating his way through campus, sometimes backwards, with the use of his white cane.”

Ferreira is a police officer in Methuen, Massachusetts, and serves in the Marine Reserves. He’s run one previous marathon, the Marine Corps Marathon in Washington, D.C. in 2014.

To support Ferreira’s Boston Marathon run and make a donation to Perkins School for the Blind, visit his secure Crowdrise fundraising page.

All donations will support Perkins School for the Blind’s programs – on campus, in the community and around the world – that help children and young adults who are blind, deafblind or visually impaired, including those with additional disabilities, reach their full potential.